Essentially concluding over five years of litigation, the Second Circuit Court of Appeals on November 2, 2017 upheld the trial court’s determination that the sale of Clipps bag closures by Schutte Bagclosures Inc. (“Schutte”) did not infringe any trademark rights Kwik Lok Corporation (“Kwik Lok”). The court further upheld the lower court’s determination that Kwik Lok’s claimed trademark rights in the shape of bag closures were invalid because the shape was “functional” and that Kwik Lok’s trademark registration for that shape should be cancelled.
The same parties previously faced each other in court in the Netherlands, where the judge also ruled that Kwik Lok did not have valid trademark rights in their bag closures. 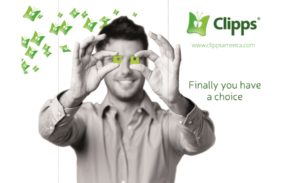 For decades, Kwik Lok was virtually the only manufacturer and distributor of plastic square closures that are applied automatically by machines to plastic bread bags, fruit bags and other food bags. Kwik Lok had prevented competitors from using similar shaped closures by claiming trademark rights to the shape of the closure. These closure shapes were designed to work with the most commonly used machines that apply the plastic closures to the food bags.

Schutte’s victory opens up the market to competitors that can now sell competitive bagclosures that would be compatible with these commonly used machines. This victory on appeal effectively ends Kwik Lok’s nearly exclusive domination on this market that has lasted for many decades.