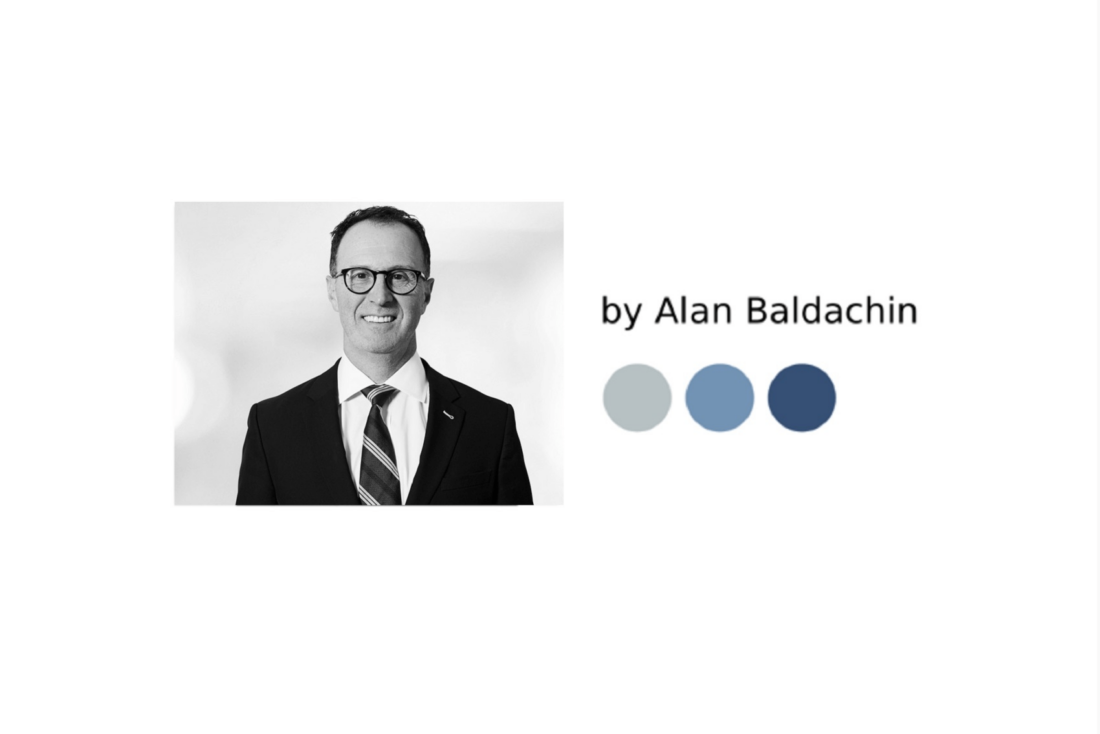 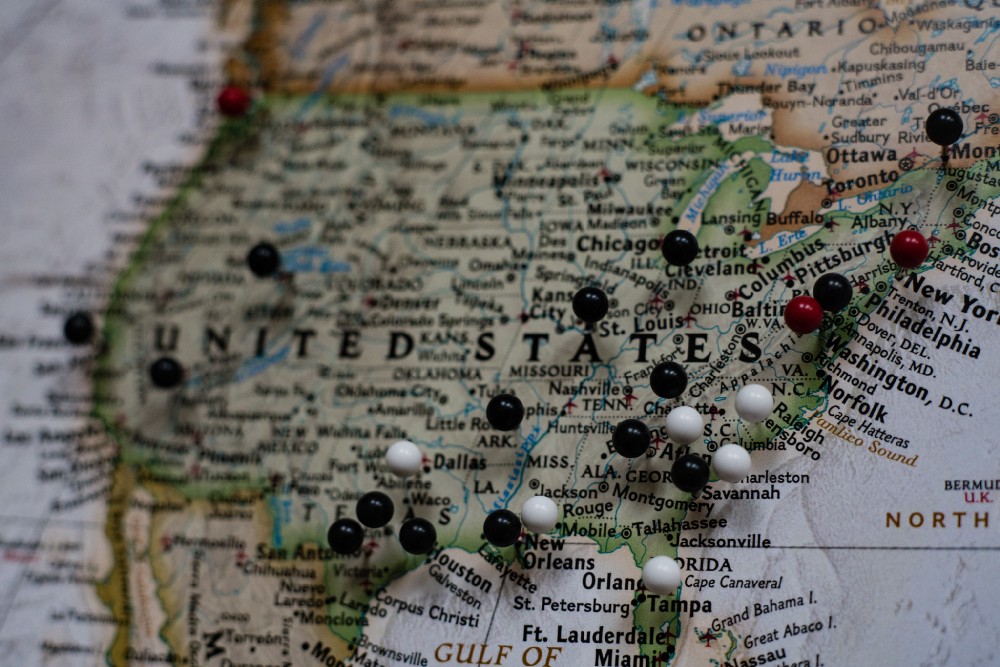 Amidst all the talk of Israel as “Startup Nation” and, more recently, “Scale-Up Nation”, it is still the case that each year dozens if not hundreds of startups founded by Israeli entrepreneurs seek early-stage venture capital in the US venture market. And, notwithstanding many success stories to emulate, it is also still the case that there remain primary structural and cultural issues that can lead to friction for both sides of this equation, i.e., for both founders and prospective US early-stage investors.

The modest objective of this post is to lay out what are, in my experience, the top six items for Israeli founders to consider when thinking about raising early-stage venture capital from US investors. This list is not intended to be complete, nor is it intended to describe everyone’s experience. Finally, this post is not intended to be a blanket endorsement or imperative for all Israeli founders to seek US venture capital, or even to seek venture capital at all — indeed, US venture capital may not make sense for every Israeli-founded startup. In fact, in a future post I will discuss some of the pros and cons of US early-stage venture for Israeli-founded startups. However, for those entrepreneurs with a business and a founding team which is considering US venture capital, I hope that this serves as a useful update with respect to some key concepts to bear in mind.

1. Start with a Delaware C Corporation

US investors remain more comfortable, by a wide margin, working with Delaware C Corporations than any other form of entity (the online literature on this subject is voluminous to say the least — here’s one good summary). In fact, many US early-stage investors still will not seriously consider an investment in any other type of entity, particularly a non-US entity. As such, Israeli startups that are incorporated in Israel are by definition limiting their options in terms of US investors. Further, an Israeli startup that later attempts to convert to a Delaware C Corp will face incremental expense, complexity, and delays, and the issues become more significant the longer the startup waits to convert.

2. Beware of Cultural Differences Between Israeli and US Lawyers

Israel’s venture/tech law firms are, without question, among the most sophisticated in the world. However, Israeli lawyers, as a general matter, tend to return fairly heavy mark-ups even with respect to terms which US venture investors would view as squarely within market. This can set in motion a difficult-to-reverse counterproductive negotiation dynamic in that the US early-stage ethos is directly opposed to this worldview. As evidenced by the proliferation of publicly available forms for early-stage venture investing, from the NVCA forms to the Fenwick Series Seed documents to the YC forms and even those made available by the law firms Orrick and Cooley, the US venture community seeks to simplify and standardize transaction documents. While I would never suggest that Israeli founders, or any founder for that matter, should not negotiate on items such as valuation or board control (or even founder vesting), the reality is that heavy mark-ups of early-stage term sheets, whether equity, convertible debt or SAFE, are kryptonite to most US early-stage investors. Fairly or not, an overly aggressive mark-up from the company’s counsel may cause US investors to perceive the founder as difficult.

3. Realize That US Investors Are Very Into “Relationships”

It is an axiom of US early-stage investing that trust is the number one element between an investor and a founder. Why? Because US investors view themselves less as investing in technology or product than in the founder team. Why again? Maybe also because of the Northern California hippie origins of Silicon Valley. Whatever the reasons, this axiom continues to hold true in the US early-stage world. On the flip side, and at risk of painting with too broad a brush, the Israeli mentality tends to be more transactional in nature. Meaning, Israelis tend to be skeptical of the relationship with their investors other than the value being exchanged (be it cash, prestige, strategic value, etc.). The Israeli mentality is more likely to consider how can this person help me get from A to B today or tomorrow — if he or she can’t, then why am I continuing to have this conversation? While the truth of this dynamic, as it may exist on both sides of the equation, is much more complex, Israeli founders should realize that US investors generally think of themselves in terms of the “relationship” paradigm even if it is somewhat hypocritical or even if an outside observer could point to ten examples that disprove the axiom. What does this mean in practical terms? For one, the Israeli founder must be prepared to spend a lot of time with prospective US early-stage investors, meaning multiple meetings, coffees/meals, product sessions, and he or she must be prepared to accept feedback (the more worshipingly, the better), do more work, and then rinse and repeat often over a period of weeks and months. He or she must also be prepared to be “back-channeled”, meaning a kind of reference-check via anyone the prospective investor can find who is willing to have an opinion with respect to the founder, the team and/or the business idea. To state the obvious, the extremely helpful Israeli shorthand of being in the same army unit doesn’t necessarily translate into the US ecosystem (in fact the US startup ecosystem has nothing comparable to the credentialing system associated with Israeli army service).

A corollary of the overriding importance of the investor-founder relationship in the US market is that investors want to know that founders are a part of the US ecosystem. As a general matter, it is very difficult to hit NYC on Monday, hit SF on Wednesday, stop into LA on Friday, and leave with a term sheet. Israeli founders should be willing to commit to the US market and that means that they should be prepared to spend lots of time in-country, if not relocate to the US even if on a temporary basis. One relatively easy way to commit is via a US-based accelerator program. I tend to be somewhat of an accelerator skeptic, viewing accelerators as expensive to the cap table often for uncertain strategic value — in the end it can seem like the principal outcomes of accelerators are (i) a three-to-six-month delay to market and (ii) eye-popping conformity to other startups. That said, for non-US resident founders, including Israeli founders, with few pre-existing connections to the US, accelerators can be an invaluable shortcut (if not the sole means) to getting a foothold here and starting to build a network. Either way, US investors like to get to know founders over repeated interactions; they want to see that founders have a social track record that they can not only relate to but that they can “credit check”. The time spent and extra diligence is about being consistent and reliable from the perspective of US investors.

A related, and perhaps more important, idea is that US investors generally look for and respond to early traction within a startup’s principal market, and for US investors this almost always means within the US and with respect to US customers and/or partners. This principle applies whether the company focuses on cyber, fintech, social, search, ecommerce, etc. It applies to business applications and to consumer applications. Note that in pitching US venture capitalists a given founder is likely one of several companies addressing a similar problem, and, fairly or not, that startup is going to be held up against those competitors. Any startup that does not have legitimate customer traction in the US market, particularly when compared to its competitors, will face an uphill battle.

A variation on the theme of not “touristing” the US market is that Israeli founders should not ignore or procrastinate with respect to tackling regulatory, compliance or other industry-specific logistical hurdles associated with selling into their primary markets. The temptation to assume that if a startup has figured out these issues in the Israeli market (or successfully skirted them, as the case may be), it can figure them out in Europe or the US, is real. The problem is that US venture investors will zero in on these issues right at the outset, and if these challenges have not been at least addressed and thought through in detail, or better yet solved, the credibility of the founder team will plummet.

6. Bring Big Vision and Big Velocity to the Table

Much has been written about venture fund economics and how venture partners think about inputs and outcomes. In fact Parul Singh, of Founder Collective, has a helpful and lucid recent post on this topic. Parul’s post is also worth reading as an embodiment of the US early-stage ecosystem’s heavy focus on the relationship: “Winning as a startup founder is about building something amazing, but it’s also about building relationships, supporting your team and having fun on the journey. Be sure to stop and enjoy the process, as well as reflect and refocus on what truly works.” But coming back to fund economics, all founders, not just Israeli founders, should approach fundraising involving US institutional venture investors armed with an awareness of these issues. Venture fund economics explain why venture funds are focused on companies which are, in venture terms, looking to solve “big”, “structural” problems, be “scalable” and be going for “big outcomes”. I realize that this dynamic exists in the Israeli venture ecosystem, particularly given the proliferation of Israeli accelerators and venture firms over the past 10 to 15 years, but given the sheer level of competition in the US market these traits have to pretty much jump off the page to get the attention of the US early-stage investor. As a result, both the story and the presentation of that story are critical.

A related function of the highly populated and competitive US startup scene is that founders need to think in terms of velocity, both in terms of speed of product development and speed to market (and by this I don’t mean raise and spend as much as possible, because this can be a killer). If a founder has a good idea, he or she has to hit that idea quickly otherwise three other startups will beat them to the punch.

And here we have come full circle: the ability to act quickly with as little friction as possible is a function of having the right legal structure from the outset, keeping friction on funding conversations to a minimum, having the right investors in place, having regulatory issues scoped, and finally spending lots of time in the same market as key customers and/or users.

I want to give a big shout out to Shuly Galili, co-founding partner of UpWest Labs — UpWest Labs’ Silicon Valley office has worked with 100+ Israeli-founded companies that have raised US venture, principally pre-Seed and Seed but also at the A, B and C stage, totaling over $500 million. Shuly is a passionate advocate for Israeli founders and startups and was extremely generous with her time and on-point perspective with respect to this post. Shuly’s excellent Medium post with respect to Israeli companies coming to the US market is here.