In a case involving the signature events in American fashion, HBA litigators fended off a motion for a preliminary injunction that would have prevented HBA’s client the Council of Fashion Designers of America (the “CFDA”) from using the New York Fashion Week name. 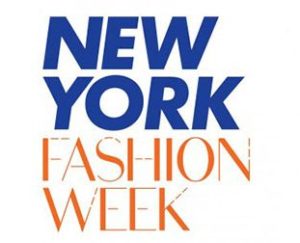 Fashion Week, Inc. (“FWI”) presents fashion shows to consumers, unlike than the shows directed to the fashion industry and media that have long been the foundation of New York Fashion Week.  After using other names to put on its shows, FWI obtained a trademark registration on the Supplemental Register for the term “New York Fashion Week” in 2014.  FWI began using that name even though it only put on one show at a time, taking place on only one day.

As it had for many decades, the CFDA had continued to use the New York Fashion Week name to promote the fashion events that it had scheduled, including the semi-annual women’s fashion events.  But on June 28, 2016, FWI brought a lawsuit and motion for a temporary restraining order against the CFDA and co-defendant WME IMG LLC (“IMG”) claiming that the defendants’ use of the trademarks NEW YORK FASHION WEEK and NYFW infringed FWI’s claimed rights to those marks.  On the next day, Judge John G. Koeltl of the United States District Court for the Southern District of New York held that FWI had not made the requisite showing of irreparable harm and set a briefing schedule for FWI’s preliminary injunction motion to be heard on August 4, 2016.

In response to that motion, the CFDA argued that:  (1) FWI’s long delay in bringing its motion – roughly 18 months – negated any claims of irreparable harm; (2) FWI had not developed any trademark rights to NEW YORK FASHION WEEK and NYFW because it had no registrations on the Principal Register and could not make any showing that consumers identified those marks with FWI; and (3) the CFDA had prior trademark rights to the NEW YORK FASHION WEEK and NYFW trademarks because of its prior use of those trademarks and the public association of them with the CFDA.  In support of the last point, the CFDA submitted substantial evidence of media coverage, testimony from industry professionals, and even FWI’s own promotional materials that used those trademarks to refer to the CFDA’s events rather than FWI’s.

On August 12, 2016, Judge Koeltl issued a 25 page opinion denying FWI’s motion for a preliminary injunction.  Judge Koeltl noted that FWI’s delay of at least twelve months, and as many as eighteen months, demonstrated that the urgency necessary to enter a preliminary injunction was not present.  Judge Koeltl also held that FWI could not demonstrate that consumers identified the NEW YORK FASHION WEEK and NYFW trademarks with it before the defendants began using those trademarks.  Finally, the Court held that the CFDA made a persuasive argument that the terms NEW YORK FASHION WEEK and NYFW have been associated with it and not with FWI.  Specifically, Judge Koeltl held that “it is clear that the public strongly associates ‘New York Fashion Week’ with the events organized by CFDA.”

HBA’s team that won this victory for the CFDA was Marc Reiner, Douglas Hand, and Chana Ben-Zacharia.